Women’s History Month is an annual celebration highlighting the contributions of women to our history, culture and technology.  It’s celebrated during March in the United States, because International Women’s Day had been honored each March 8 since 1911…..and there was simply too much inspiration and achievement to limit it to one day.  So, to kick off this year’s celebration, I’d like to share some really interesting faces and facts I’ve found in my research about women’s history and the women behind these achievements. See below!

SPORTS.  No women or girls were allowed at the first Olympics, but the Games of Hera, featuring footraces for women, were held every four years. In fact, women were not even allowed to watch the Olympic games or encouraged to participate in athletics (with the exception of the Spartans) so that the games existed at all is surprising. At their inception, the games only included that one event.

CULTURE.  The world’s first novel, The Tale of Genji, was published in Japan around A.D. 1000 by female author Murasaki Shikibu. It is still revered today for its masterful observations about court life and has been translated into dozens of languages.

SCIENCE. Marie Curie is the only woman to ever win two Nobel Prizes. Her first award was for physics for her work on 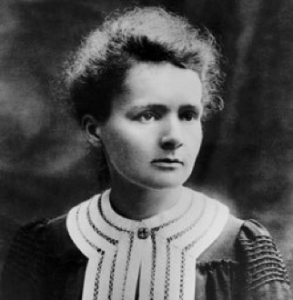 spontaneous radiation with her husband, with her second being in Chemistry for her studies of radioactivity.

POLITICS. Hatshepsut was one of the most powerful women in the ancient world and the one and only female pharaoh in recorded history. She was the fifth pharaoh of the Eighteenth Dynasty of Ancient Egypt after taking over as a supposed regent for her son and reigned for over twenty years. While accounts seem to paint her reign as a favorable one, her images have been defaced on temples and inscriptions as though they meant to wipe her existence from history. 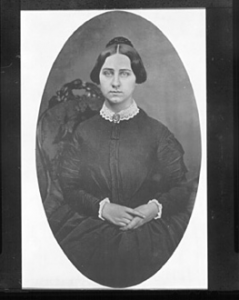 HUMAN RIGHTS. Martha Wright Griffiths, an American lawyer and judge, pushed through the Sex Discrimination Act in 1964 as part of the Civil Rights Act. This act has helped protect countless women on the job and in everyday life from discrimination based on their gender.

RELIGION.  In 1853 Antoinette Brown Blackwell became the first American woman to be ordained a minister in a recognized denomination. Impressive, considering there are still only a handful of female ministers nationwide today.

If you want to find out even more about female firsts, lady leaders, and wonder women through the ages, go to ’50 fascinating facts about women’, https://www.mastersdegree.net/50-fascinating-facts-womens-history-month/, from which these tidbits are culled, or check out my Facebook page for my historical picture book, MOLLY BY GOLLY! The Legend of America’s First Female Firefighter.